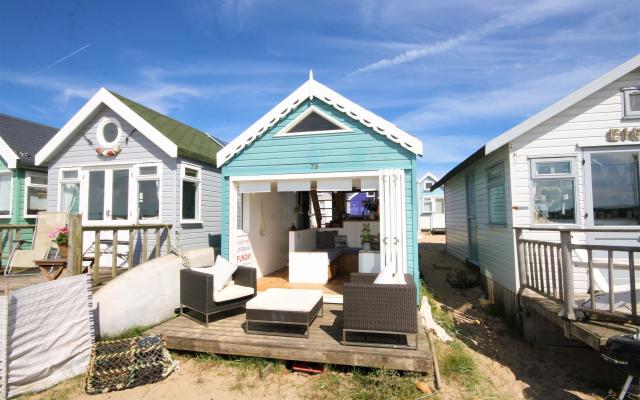 London property is sagging and inflation is bringing on a fit of national belt-tightening. But the beach hut market – where people spend hundreds of thousands of pounds on small sheds with no plumbing, privacy or security of tenure – appears entirely impervious.

Two huts on Mudeford Spit, a beach near Bournemouth in Dorset, are on sale for £275,000, prices believed to be the highest in history. There is little shortage of interested viewers, apparently.

At £1,600 per square foot the hut costs the same as property in Londons’ Chelsea. The buyer will also have to pay £2,000 a year to the local council for a licence plus £500 council tax. The council, by the way, has the power to force you to move the hut at any time.

James Ricketts, an estate agent for Denisons, which is selling two of the huts the huts, said: “They don’t normally hang about very long, they are very popular. I think people are a bit bonkers to be honest but I’m just selling them, not buying them.”

The upside is that being just a shed there is no stamp duty on the purchase. For a purchase to be eligible for stamp duty, it must be in some way “a part of the land” – as the hut can be moved it does not satisfy this criterion.

Ray Boulger, a mortgage expert at Jon Charcol, said the hut would be completely umortgageable to almost all lenders.

“The key requirement for most lenders is the property has to be habitable,” he said. “There’s no toilet or running water and you can’t live in it all year. Some smaller lenders will look on a case by case basis, but it will be very difficult.”

He did say, however, that as the elderly begin to downsize, there may be a growing number of cash buyers who might see a beach hut as a good investment or the next 20 years.