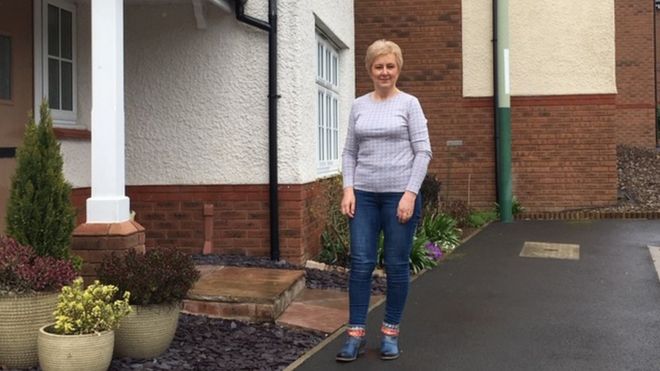 Welsh ministers have promised action over fees homeowners are charged for the maintenance of new-build estates.

People on estates with communal areas not adopted by local councils have no control over the management charges.

Ministers want those affected, as well as developers and local authorities, to share their experiences of the system.

Campaigner Janine Jones, from Caerphilly, worries any changes may not benefit those “locked” into contracts, but she welcomed the move.

She has spent more than five years pushing for the system to be changed, after being forced to pay for the upkeep of open spaces on her estate.

Developers of new housing estates often hand the management of communal areas, such as grass verges and roads, to estate management companies, who then charge a yearly maintenance fee.

These costs can change every year and are unlimited – something that has been dubbed “fleecehold” by critics.

Ms Jones told BBC Wales: “We’re delighted progress is being made and it’s long overdue on the part of the Welsh Government.”

She wants local councils to be “forced to adopt the areas of land they’ve declined to adopt in the past”.

Currently, leaseholders who own the property but not the land it is on, can appeal against any charges they feel are unfair via tribunals, but as a freeholder, Ms Jones cannot.

She said this year’s fee was around £125 but residents are concerned that imminent structural work could see it increase substantially.

Her local assembly member, Hefin David, has been calling on the Welsh Government to act for some time.

“The Welsh Government consultation is welcome but not before time. I will be meeting with residents in my constituency to make sure their views are heard,” he said.

The Caerphilly AM said he wants to see “effective regulation of existing contracts, a cap on charges and the strongest encouragement of local councils to adopt land in the first place.”

Housing Minister Julie James has not made clear what action she is considering.

“I have heard from many residents who have had a poor experience of these charges, either finding out at a late stage during purchase that they exist, being faced with steeply escalating demands, or being unable to challenge what they perceive as poor value for money or inadequate service in return for the charges,” she said.

“I am concerned that we address this practice”.

The consultaion period will run until 30 April.